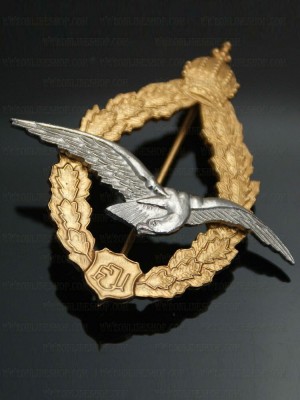 Austrian Pilots Badge:
This is the Austro-Hungarian Army pilots badge worn during the early and mid-war years. The badge is of two-piece construction and features gilting and enammeling and is one of the prettiest of WWI avaition badges. In the center is an eagle flying over the landscape and looking for prey. The leaves represent a spray of oakleaves. Several German pilots flying with Austrian units and passing Austrian flight qualifications and examinations wore this badge. Manfred von Richtofen was one of these, and during the early part of his carreer flew observation planes on the Russian front.

Following the death of Franz Joseph in 1916, and the ascension of his nephew Karl to the imperial throne, the design of Austrian pilots badges was changed. The new badge, had Karl's cypher in the shield at the bottom and two crowns at the top. 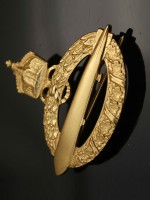 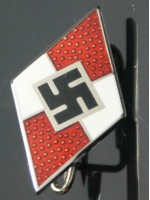 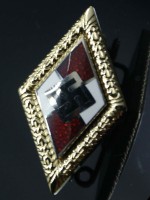 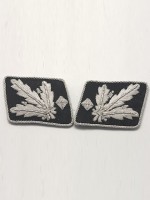 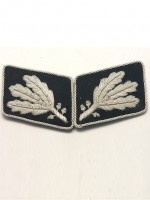