A little-known but highly significant military symbol of Germany and the Third Reich was the personalized Marshal’s baton, a short, heavy, bejeweled emblem of authority carried only by Field Marshals (Generalfeldmarschall) of the Army (Heer) and Air Force (Luftwaffe) and Grand Admirals (Großadmiral) of the Navy (Kriegsmarine).

These were the highest military ranks in Germany until the creation in July 1940 of the rank of Reichsmarschall for Hermann Göring. The Reichsmarshal position came with its own baton, making Göring the sole possessor of two batons. (Göring had received hisLuftwaffe Field Marshal’s baton in 1938.)

In all, only 26 batons were awarded to 25 individuals (again, 2 to Hermann Göring): 1 Reichsmarshal baton, 18 Army batons, 5 Air Force batons, and 2 Navy batons.  As a consequence, the number of batons and the number of baton holders do not match exactly. In addition, three field marshals did not receive batons.

Following the 1945 destruction of Germany, the rank of Field Marshal was abolished.

The baton possessed a magical, archaic, symbolic quality extending beyond the merely ceremonial or ornamental. 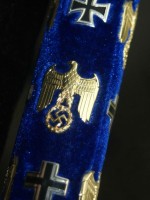 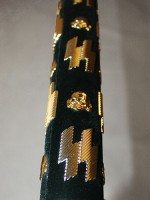 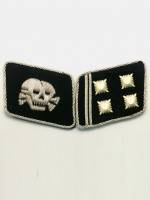 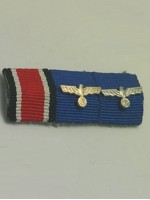 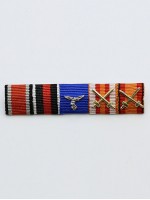