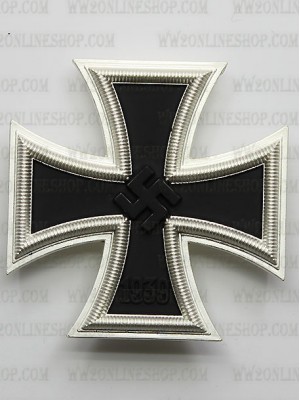 Box/Case is not included. The Iron Cross (German: About this sound Eisernes Kreuz (help·info)) is a cross symbol typically in black with a white or silver outline that originated after 1219 when the Kingdom of Jerusalem granted the Teutonic Order the right to combine the Teutonic Black Cross placed above a silver Cross of Jerusalem.[1]

Adolf Hitler restored the Iron Cross in 1939 as a German decoration (rather than Prussian), and continued the tradition of issuing it in various classes. Legally, it is based on the enactment (Reichsgesetzblatt I S. 1573[6]) of 1 September 1939 Verordnung über die Erneuerung des Eisernen Kreuzes (Regulation for the Re-introduction of the Iron Cross). The Iron Cross of World War II was divided into three main series of decorations with an intermediate category, the Knight's Cross, instituted between the lowest, the Iron Cross, and the highest, the Grand Cross. The Knight's Cross replaced the Prussian Pour le Mérite or "Blue Max". Hitler did not care for the Pour le Mérite, as it was a Prussian order that could be awarded only to officers. The ribbon of the medal (2nd class and Knight's Cross) was different from the earlier Iron Crosses in that the color red was used in addition to the traditional black and white (black and white were the colors of Prussia, while black, white, and red were the colors of Germany). Hitler also created the War Merit Cross as a replacement for the non-combatant version of the Iron Cross. It also appeared on certain Nazi flags (mostly the Third Reich flags) in the upper left corner. The edges were curved, like most original iron crosses.
Tags: german, wwii, iron, cross, 1st, class, medals 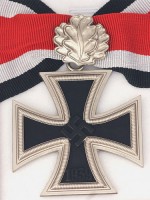 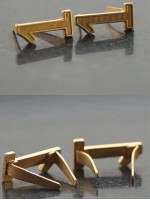 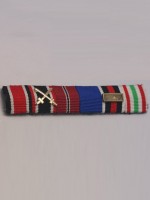 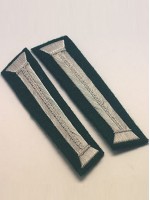 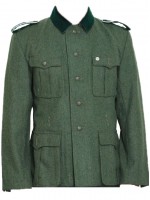