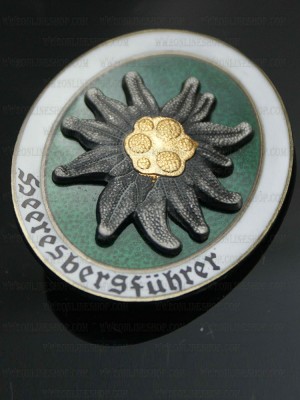 a little information about this badge:

The German language word for such mountain infantry is Gebirgsjäger (mountain + hunter or rifleman). The cap badge is based on the edelweiss (Leontopodium alpinum) (German: Edelweiß) flower which grows at high Alpine elevations. It is among the few Nazi military emblems not to include swastikas or rune symbols. Soldiers with approved mountain infantry training and who also completed an Edelweißmarsch high-altitude training hike could wear such an emblem on the left side of their cap.

Some period specimens have holes drilled in the extremities to allow the pin to be sewn on. Officers' pins sometimes bore a bright finish. Pre-war versions often had a slightly convex shape while the late-war M43 field cap variant is more flat. Felt-backed versions are also known to exist.

The plant is unequally distributed and prefers rocky limestone places at about 1800–3000 m altitude. It is non toxic, and has been used traditionally in folk medicine as a remedy against abdominal and respiratory diseases. The dense hair appears to be an adaptation to high altitudes, protecting the plant from cold, aridity and ultraviolet radiation.[2] As a scarce short-lived flower found in remote mountain areas, the plant has been used as a symbol for alpinism, for rugged beauty and purity associated with the Alps, and as a national symbol especially of Austria and of Switzerland. There is a folklore associated with the Edelweiss in which it is stated that giving this flower as a gift to a loved one is a promise of dedication. 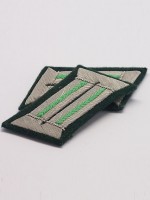 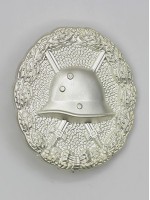 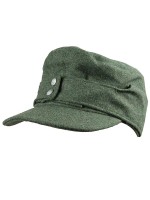 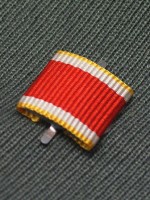 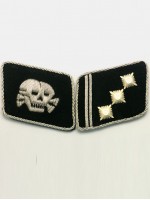 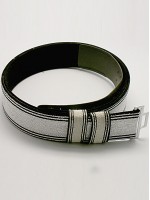