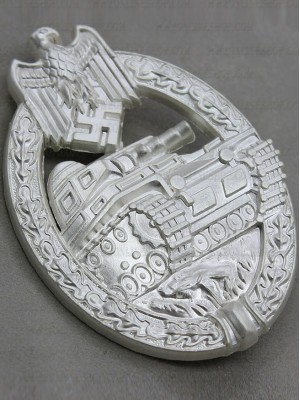 The Panzer Badge (German: Panzerkampfabzeichen) was a World War II German military decoration awarded troops in armoured divisions. It was instituted 20 December 1939 (although a version had been introduced during the World War I and a variation during the Spanish Civil War).

The World War I version showed a German A7V tank within a wreath surmounted by a Totenkopf (death's head emblem).

The Panzer Badge was introduced on 20 December, 1939, in order to recognize the achievements of Panzer personnel who took part in armoured assaults. It was designed by the Berlin firm of Wilhelm Ernst Peekhaus, and was instituted by order of Generaloberst Walther von Brauchitsch. On 6 June, 1940, a separate class of the badge, in Bronze, was added in order to recognize the crews of armoured vehicles other than tanks.[1]

The badge was presented in a paper packet with the name of the award printed on the outside. The award document that came with it was the common type that had the particulars of the recipient (rank, name) and the authorizing signature of an officer. The Panzer Badge was worn on the left tunic pocket.[1] The bronze version of the Panzer Badge was authorized for armoured personnel and Panzer grenadier units equipped with armoured vehicles.[2] It was also to be presented to members of armoured reconnaissance groups and rifle battalions of Panzer divisions. The authorization of these badges was usually done at a regimental or divisional level.[3]
Tags: panzer, assault, badge, (panzerkampfabzeichen), silver, wwii, german, badges 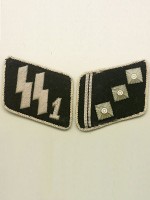 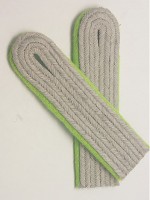