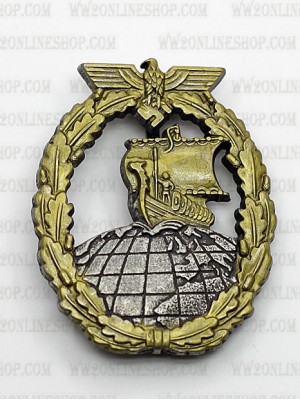 The Auxiliary Cruiser Badge (German: Kriegsabzeichen für Hilfskreuzer) was a World War II German military decoration awarded to officers and men of the Kriegsmarine for service on Auxiliary Cruisers or the supply ships that supported them for a successful large voyage. The award was instituted on 24 April, 1941 by Grand Admiral Erich Raeder. During World War II mainly the u-boats, but also other ships needed to be supplied at sea to continue their patrol with minimum time lost on refueling and supply.[1]

Designed by Wilhelm Ernst Peekhaus in Berlin, the award featured a Viking longship sailing over the northern hemisphere of the globe surrounded by a laurel wreath of oak leaves. At the apex of the badge was an eagle clutching a swastika. The wreath, eagle and ship were in gilt and the globe area gray coloured. Versions were produced in silver, tombac and zinc. 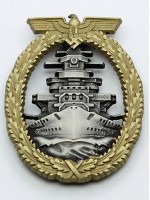 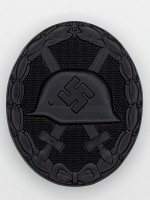 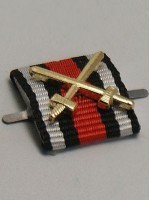 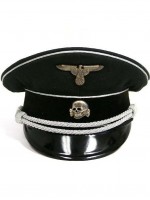 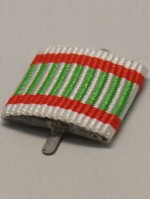