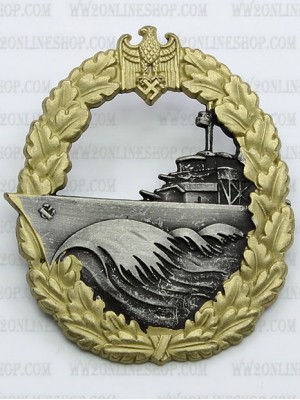 The Destroyer War Badge (German: Zerstörerkriegsabzeichen) as a World War II German military decoration awarded to and awarded to officers and crew for service on Kriegsmarine destroyers. It was also awarded to the crews of Kriegsmarine torpedo boats and fast attack craft until the institution of the Fast Attack Craft War Badge.

The medal, designed by Paul Carsberg of Berlin, consists of an outer laurel wreath of oak leaves with the national emblem of eagle clutching a swastika (both golden coloured) at its apex. The central area features a side-view of a destroyer cutting through a wave (both a grey colour).

It was worn on the lower part of the left breast pocket of the naval service tunic, underneath the 1st class Iron Cross if awarded, or equivalent grade award. Additionally, an embroided version was produced.
Tags: destroyer, war, badge, (zerstörerkriegsabzeichen), wwii, german, badges 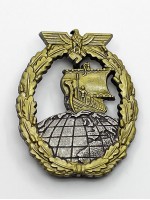 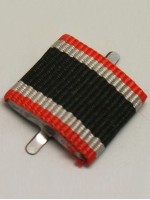 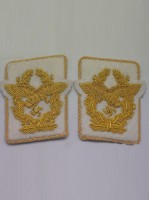 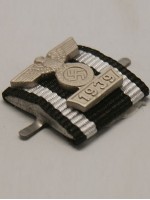