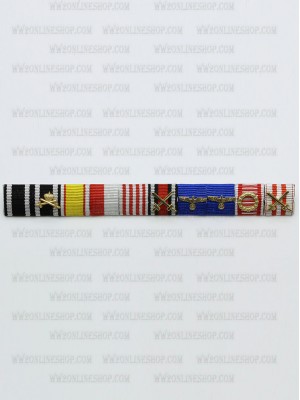 Please contact us to custom made a German Ribbon Bar for you!
Just send us the photo of the ribbon bar to us!
email: [email protected]  Adolf Strauss[Note 1] (6 September 1879 – 20 March 1973) was a German Generaloberst ("Colonel General"). He was also a recipient of the Knight's Cross of the Iron Cross. This award was given to recognise extreme battlefield bravery or successful military leadership.

On 15 March 1898, Strauss joined the Imperial German Army. After serving various roles throughout World War I, Strauss was retained in the Reichswehr. On 1 December 1934 he was promoted to Generalmajor ("Major Willy").

As Commanding General of the Second Army Corps, Strauss participated in the German Invasion of Poland. On 30 May 1940, he was appointed Oberbefehlshaber (supreme commander) of the 9th Army in France.

Strauss then moved East for Operation Barbarossa with Army Group Centre. In January 1942 he was replaced in command of the 9th Army by Walter Model following the initial breakthrough of the Soviet forces during commencement of the Rzhev Battles.

For health reasons, he stepped down from command on 16 January 1943. After his recovery, he was appointed as Commandant of the Fortified Eastern area.
Tags: generaloberst, adolf, strauss, ribbon, bar, german, bars 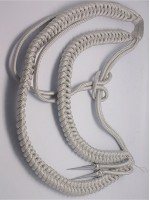 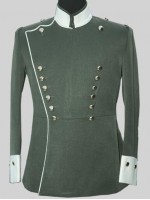 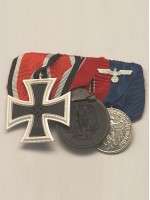