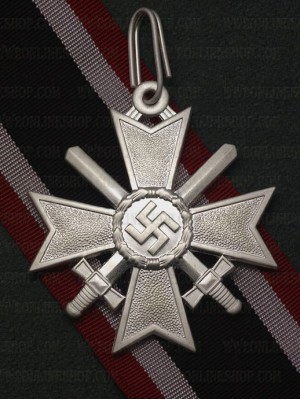 The War Merit Cross (German: Kriegsverdienstkreuz) was a decoration of Nazi Germany during the Second World War, which could be awarded to civilians as well as military personnel. It was reissued in 1957 by the Bundeswehr in a De-Nazified version for veterans.

The wearing of Nazi era decorations was banned in Germany after the war, as was any display of the swastika. Veterans awarded the War Merit Cross were therefore unable to wear it, either in uniform or - publicly - on civilian dress. In 1957 the Federal Republic of Germany authorised alternative 'de-nazified' replacement versions of World War II period war decorations. These could be worn both on Bundeswehr uniform and in civilian dress. The new version of the War Merit Cross replaced the swastika on the obverse central disc of the cross with the date "1939" (as on the reverse disc of the original version), the reverse disc being blank. The wearing of Nazi era decorations in any form continued to be banned in the German Democratic Republic until German reunification in 1990.
Tags: german, wwii, knights, cross, the, war, merit, with, swords, medals 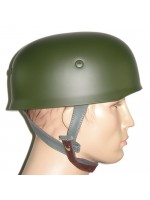 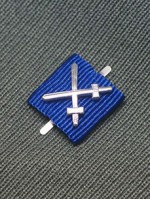