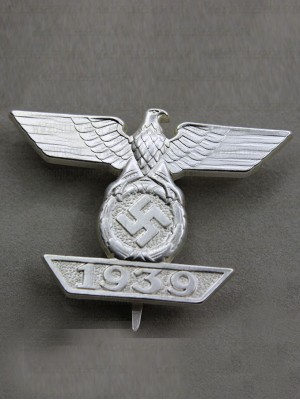 As it was possible for a holder of the 1914 Iron Cross to be awarded a second or higher grade of the 1939 Iron Cross. A "1939 Clasp" (Spange) would be worn on the original 1914 Iron Cross. It depicted an eagle clutching an oak leaf wreath surrounding a swastika above a trapezoid including the year 1939. It was attached to the 1914 Iron Cross medal ribbon beneath a tunic button. (A similar award was made in 1914 but was quite rare, since there were few in service who held the 1870 Iron Cross.)

For the First Class award the clasp was pinned directly above the Iron Cross on the breast of the wearer. Although two separate awards, in some cases the holders soldered them together.
Tags: german, wwii, 1939, clasp, 1st, class, the, 1914, iron, cross, medals 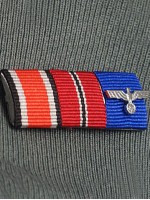 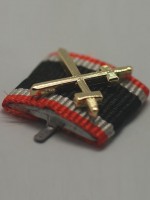 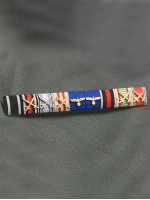 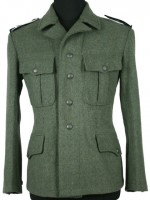