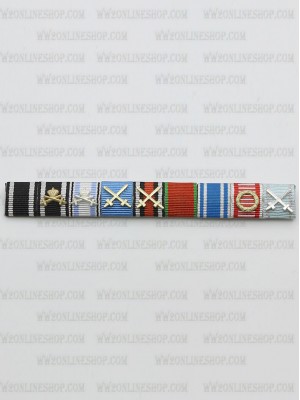 Please contact us to custom made a German Ribbon Bar for you!
Just send us the photo of the ribbon bar to us!
email: [email protected]  Siegmund Wilhelm Walther List (14 May 1880 – 17 August 1971) was a German field marshal during World War II, and at the start of the war was based in Slovakia in command of the 14th Army.

List was born in Oberkirchberg (now a part of Illerkirchberg) near Ulm, Württemberg, Germany in 1880 and entered the Bavarian Army in 1898 as a cadet. In 1900, he was promoted to Leutnant (Lieutenant) and in 1913 he joined the general staff as a Hauptmann (Captain). He served as a staff officer in World War I.

It was List′s task to advance his army into southern Poland immediately on the outbreak of hostilities, to form the extreme southern wing of an encircling manoeuver carried out by the German forces aimed at trapping the Polish field army in the general region of Warsaw. He didn′t fulfill this mission, although he met advance elements of the German XIX Panzer Corps—under General Heinz Guderian—a short distance south of Brest-Litovsk, on 17 September 1939. Following the conclusion of the fighting in Poland, which was accelerated by the occupation of the eastern part of the country by Soviet forces (as agreed to in the Molotov-Ribbentrop Pact), List and his army remained posted as occupying forces on Polish territory.

During the huge German offensive against France and the Low Countries May to June 1940, the 14th army remained in Poland, but this was not the case with its commander. In May 1940 List commanded the 12th German army during the fall of France. The 12th army was a unit of the German Army Group A, under command of Gerd von Rundstedt. It was this Army Group that successfully forced the Ardennes and then made the imperative break-through on 15 May 1940, which spread panic in the French forces and cut the British expeditional forces off from their supply lines. After this successful campaign List was among the twelve generals that Hitler promoted to Generalfeldmarshall (Field Marshal) during the 1940 Field Marshal Ceremony. (This was the first occasion when Hitler appointed Field Marshals due to military achievement) In early 1941, German troops were being steadily massed on the Eastern Front of the Third Reich, in preparation for Operation Barbarossa, the German invasion of the Soviet Union. OKW believed that before Barbarossa could be launched it would be necessary to eliminate the possibility of interference from Greece by militarily subduing this country, in an operation codenamed Operation Marita. Field Marshal List was delegated to negotiate with the Bulgarian General Staff, and a secret agreement was signed allowing the free passage of German troops through Bulgarian territory. On the night of 28/29 February 1941, German troops—including List, who now commanded the 12th Army—took up positions in Bulgaria, which the next day joined the Tripartite Pact.
Tags: siegmund, wilhelm, walther, list, ribbon, bar, german, bars 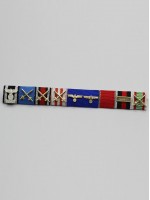 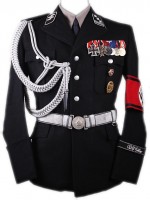 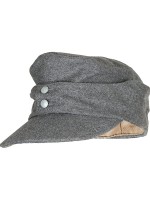 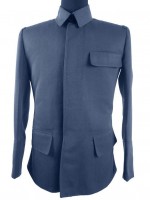