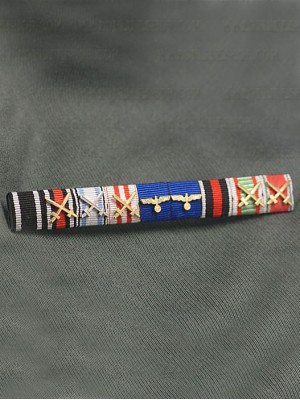 Please contact us to custom made a German Ribbon Bar for you!
Just send us the photo of the ribbon bar to us!
email: [email protected]  Paul "Papa" Hausser (7 October 1880 – 21 December 1972) was an officer in the German Army, achieving the high rank of lieutenant-general in the inter-war Reichswehr. After retirement from the regular Army he became the "father" (thus the nickname "Papa") of the Waffen-SS and one of its most eminent leaders. Battling in both the Eastern and Western Fronts of World War II, he was seriously wounded twice, losing an eye in the first incident. After the war he became a member of the HIAG, which sought to rehabilitate the reputation and legal status of the Waffen-SS.

Hausser served in the Polish Campaign of 1939 as an observer with the mixed Wehrmacht/SS Panzer Division Kempf. In October 1939 SS-VT was formed as a motorized infantry division with Hausser in command. He led the division, later renamed 2nd SS Division Das Reich, through the French campaign of 1940 and in the early stages of Operation Barbarossa. For his services in Russia, Hausser was awarded the Knight's Cross of the Iron Cross in 1941 and the Oak Leaves in 1943 (he was to get the Swords for his services in Normandy) and was severely wounded, losing an eye. After recovering he commanded the newly formed SS-Panzer Corps (renamed II SS Panzer Corps in June 1943) and against Hitler's explicit orders withdrew his troops from Kharkov to avoid encirclement, only to recapture the city in March 1943. He led 1st, 2nd and 3rd SS divisions during the Battle of Kursk. After Kursk, his Corps was reformed (substituting the 1st, 2nd and 3rd SS Panzer Divisions with the 9th and 10th SS divisions) and sent to Italy, then to France where he commanded them in the early stages of the Normandy Campaign. After the death of Friedrich Dollmann (commander of the Seventh Army), Hausser was promoted to the command of Seventh Army. During the Falaise encirclement, Hausser remained with his troops until he was wounded (shot through the jaw). Paul Hausser was promoted to Oberst-Gruppenführer und Generaloberst der Waffen-SS in August 1944 and subsequently commanded Army Group G from 28 January to 3 April 1945. On the day he was relieved, Joseph Goebbels wrote, "He has definitely not stood the test." He ended the war on Generalfeldmarschall Albert Kesselring's staff. At the Nuremberg Trials he vigorously defended the military role of the Waffen-SS and denied that it was involved in war-crime atrocities.
Tags: oberstgruppenfuhrer, paul, hausser, ribbon, bar, german, bars 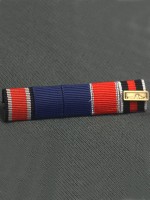 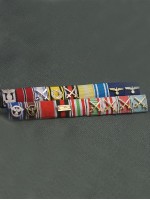 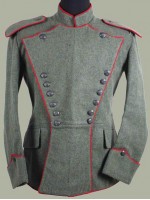 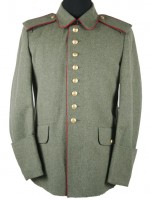 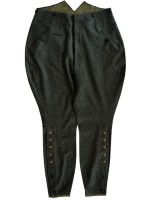 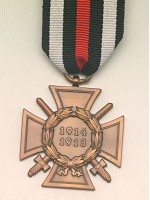